End loops are loops made at the end of a rope. They are often used when a loop around an object is required. There is a variety of loops where some of them can be used in climbing others can be used in tree work or boating. One of the most common end loops are the Bowline knot and the Figure Eight follow through. The bowline knot creates a strong loop that will not jam up after it has being loaded. When you tie it of with the Yosemite finish you can also use it for climbing. The running Bowline is often used in tree work. The Figure Eight follow through is one of the most used knots in sports climbing and is used to tie into a climbing harness. This is simply a Figure Eight knot which is retraced with the working end, and that forms a loop at the end of the line.

Other end line loops like the notorious Hangman's knot can also be put to a more useful purpose. If you tie this knot loosely it forms an excellent throwing weight that can easily be undone with a little tug on the line when it gets jammed in a crotch. 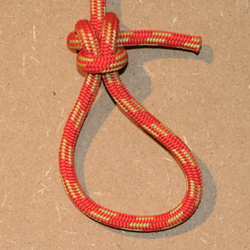 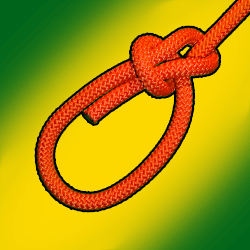 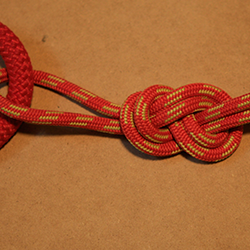 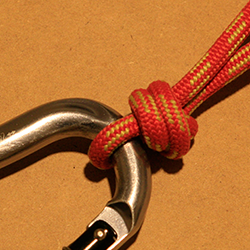 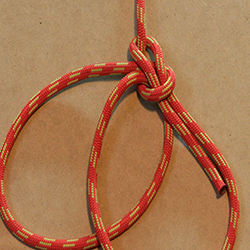 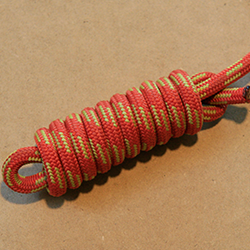 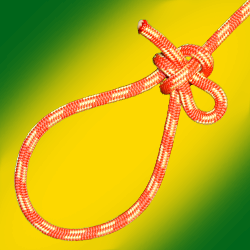 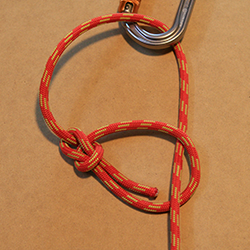 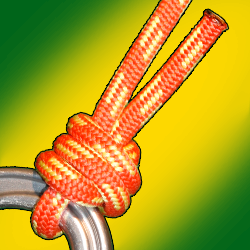